This piece is one of my favourite's that I have written. It was inspired by an image in a book by Harris Burdick. (due to copyright issues I can't post the picture.)

He had warned her about the book. Now it was too late. She looked peaceful enough and for that he was thankful, for some of his books did not make the ending pleasant.
Mr. Linden took a step closer to her lifeless body fearful of the magic in the book, knowing it had not yet run its course. He knew he couldn’t wait too long to close its heavy pages because the life from within was already escaping.
Another step forward and he noticed the leaves growing out from within the pages were looking, feeling, testing, finding its way, silently creeping. One stem touched the arm of Mary and for a second he thought he saw the plant flinch and retreat a little. Impossible though, he thought as the books fear nothing. His long, horrid, traumatic life with them had taught him that.
This time the movement from the growing stem was obvious. It touched Mary’s arm and flinched. Then the unimaginable happened, Mary moved her arm! Now Mr. Linden was very scared, not just from the still open book but from Mary too. What manner of a being survived opening a book from his library?

Posted by Victoria Taylor at 05:49 No comments: 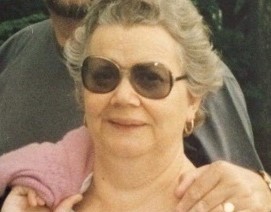 I Remember.....
by Vicki Taylor

I remember you with fondness
As I think of all we shared,
The good times and the bad ones,
You always showed you cared.

I remember you with gratitude
For all you did for me,
You made me look to my future
So that I had the courage to be.

I remember you with pain
As I have a heart that’s broke in two,
And a pain that twists inside me
Every time I think of you.

I remember you with joy
As you were one of the best,
You always put us children first
Even when we were being a pest.

I remember you with pride
For all that you went through,
We shared lots of tears together
But we had lots of good laughs too.

I remember you with anger
As even without you life goes on,
And I never wanted to have to
Live life with you being gone.

I remember you with hope
Because I know you watch us still,
You cry and laugh along with us
And I know that you always will.

I remember you with love
And I tell you that each day,
As well as all the things you miss
Because you went away.

I remember you with hurt
As I lost both mum and friend,
And life goes on day by day
But this broken heart won’t mend.
Posted by Victoria Taylor at 09:37 No comments: 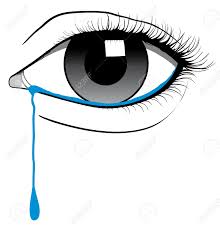 But most of all my eyes see the amazing mum you are,
For all the love you gave to us makes you the best by far.
Posted by Victoria Taylor at 05:25 No comments:

The Man In The Mirror 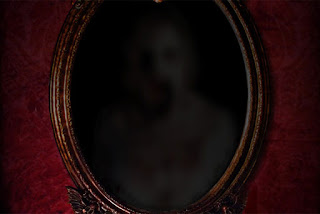 PROMPT: picture of a mirror


The Man In The Mirror

I can hear him in my head, constantly whispering, coaxing me to do bad things. No! I’m a good girl I tell myself and to prove it I bake my bedridden mother a cake to have with her afternoon tea.
When I walk past my bedroom the whispers become a shout and I cast a nervous glance at the mirror wanting to make sure it was still covered. Damn! The cat must have been on the dresser again as the cover has been knocked off.
He catches my eye and I am lost, powerless to not obey, I walk to the dresser and sit down and I’m held captured by his gaze.
Instead of my reflection in the mirror, it’s him. A man very similar in looks to me, except his eyes. There is no life in his. I don’t quite know what he whispers: eye’s locked I enter a trance.
The next time I become aware I am standing over my sleeping mother with a pillow in hands, just about to smother her! I hear his cursing in my head as yet again he fails.
I am a good girl.
Posted by Victoria Taylor at 05:22 No comments:

PROMPT: A character, a lift and a boat

THE OLD MAN
By
Vicki Taylor
Hilary hated this lift! An old lift in an old building, and not just any old building either but her bosses house. He scared the life out of her, and the noises of the creaking, shuddering lift just increased her fears.
It was her own fault she had ended up here so she shouldn’t complain. The old man had been looking for someone to pass his books onto and she had made sure that her name was top of the list. She had to get her hands on those books- her greed for what they contained made her fears worth bearing.
Stories of the old man were whispered around his library, which was set in the basement of his mansion. How he had gone exploring to some distant place with some friends. They were missing for years until one day he was found drifting at sea, in a boat, alone, just clutching a pile of books. Claiming no knowledge of where he had been, where his friends were, or where the books had come from.
But I know. I caught a glimpse once of the pages of those books. The images of his friends with a look of terror on their faces, arms outstretched, reaching to escape the pages.
Six books and six missing friends.
Posted by Victoria Taylor at 05:15 No comments: 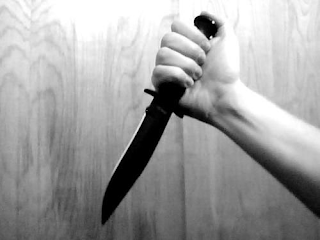 HE’S COMING
By
Vicki Taylor
It was Christmas Eve and everyone was in bed. His black boots dripping from the snow outside left a tell-tale sign behind him and he placed each step with care so that he didn’t disturb the sleeping family. He heard a noise behind one of the doors so he pulled his knife out from his bag and was momentarily distracted as the moon streaming in from the hall window hit the long, sharp blade.
The noise again reminded him he should be paying attention so he quickly and silently passed the door and proceeded on. No time to dally, he needed to find his target.
He was going on instinct when he headed to the smallest of the bedrooms, sure that’s where the child would be sleeping. Slowly he turned the bedroom door handle, holding his breath, hoping it would not wake anyone.
Sure enough there she was, fast asleep. Most four-year-olds would be excited it being Christmas Eve, but this little girl was curled in a tight ball, looking frail and helpless. It was then he noticed the rope tied around her ankle keeping her in place on the bed.
He raised up his knife and with a wave of anger going through him he struck. The little girl opened her eyes in fear as the knife came down again. With that, the rope holding her fell apart.
“Daddy, I knew you find me,” she whispered.
And the large hard man melted with relief as he took his daughter in his arms and quietly left the house. “Always baby. I will always find you,” he replied.
Posted by Victoria Taylor at 05:05 No comments: 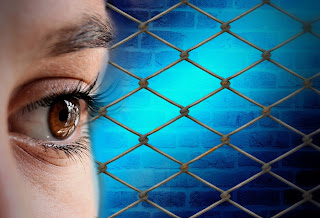 I remember the days of not being held
When I was free to do as I pleased
Not stuck here inside, alone in the dark
Feeling like I’m being held and squeezed.

Some days it’s the body that stops me
Won’t let me go far at all
Pain in the joints, wobbly legs, weak limbs
I fear I will topple and fall.

Other days it’s the mind that haunts me
My words just stumble and fail
I lose my way in brain fog
Every thought is a whisper, so frail.

At how she confronts villains
And overcomes many fears
She is asking me to hurry
And please not to cry many tears!

So yes, real life is painful
And yes, my mind is a bog
But my family and book, they help me
So I WILL make it through the fog.
Posted by Victoria Taylor at 06:02 No comments: