The Battle Had Just Begun

Prompt: the battle had just begun

He sighed as he realised that the battle had just begun.

It wasn’t the news that he had hoped to hear and momentarily the world went black, and he heard a rushing, roaring sound in his ears.

As he became aware of his surroundings again, he caught his doctor’s eye, and he could see the sympathy and pity etched into his face.

He turned to his left and looked at his wife. She was pale and shaky. Her eyes were full of tears, and her words trembled as she spoke, but ever the practical one, she was already asking the questions that needed to be asked.

He didn’t want to know at the moment; he just needed a second, a minute, an hour to catch his breath. 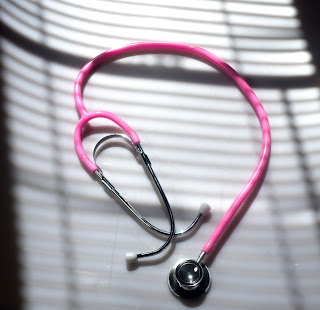 He sighed again; the battle had just begun, but he would win it in the end.

Posted by Victoria Taylor at 09:10 No comments: